THE STORY OF AN IDEA

HOW THE SUNFLOWER SESSIONS CAME TO EXIST 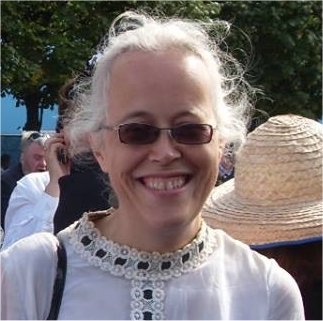 Once upon a time, in a city far far removed from the one we live in now, a young woman had a vision of a writing community. She wanted to start a publishing house and she wanted to run events where writers could share, perform and experiment, in a safe and supportive space.

That woman was Sarah ‘Sunflower’ Lundberg. The year was 2005 and the city was Dublin. Sarah told me this on the stairs in work one day and within a few months, in early 2006, the Last Wednesday readings were up and running and Seven Towers had published its first book. By the end of that year, the Last Wednesday was a permanent fixture in Bowe’s on Fleet St and its first poetry book, and my first, The Gentle Art of Rotting, had been launched by Paula Meehan.

The Last Wednesday, the only writing-only open mic session in Dublin, continued to grow under the gentle guidance of Sarah and compere extraordinare Declan McLoughlin, moving through a variety of venues, including Chaplin’s, Cassidy’s and The Twisted Pepper. The Second Thursday, an after-work reading in Chapters, was a theme-based open mic and a series of partly regular lunch time readings focussed on one or two writers at a time, often with a Q&A. And we can’t leave out the New York Sunflower Sessions, in the same spirit and on the same day in Rocky Sullivan’s in Red Hook, Brooklyn.

The readings were all imbued with a spirit of fairness, openness and equality — places where it was safe for people to show their work, their fears, their vulnerability. People came to listen and be listened to. Most came back, often or occasionally, because, in a place without shouting or jostling for position, they could learn about their writing and from each other. They came back because they were given time and patience to be writers in public. And always with Sarah in a corner, smiling, greeting and welcoming, presiding over the community she brought into being, and knitting.

The last book Sarah published was Raven’s The Living, The Dead, and Americans, in 2014. After she died, a small group of us got together to decide what we could do with this legacy and this community. The answer became the Sunflower Sessions, named in her honour. Through the Sessions and through its printed (and now also virtual) presence, FLARE, under Éamon Mag Uidhir’s immaculate stewardship, we are continuing our friend Sarah’s work towards her vision of a place for writers to be together, to listen and share. Come and join us.